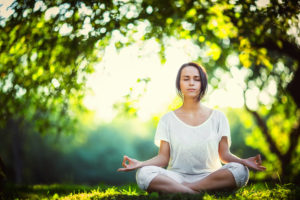 I was pleased to come across Carl Stronter’s article, What you Think is as Important as What you Eat, posted in Uplift Connect. From a holistic health perspective, we understand that everything is interconnected and that you cannot separate mind and body when it comes to health. For example, I’ve seen time and time again – clients who are eating well and exercising regularly, doing all the “right” things however, they may be overly rigid, self-critical or fearful with food. Others are in a toxic work situation or relationship which is creating constant stress and anxiety. They are unhappy and their minds are overloaded with difficult thoughts and emotions, causing an imbalance in their system and manifesting in minor to serious health issues. Establishing true health involves attention to the mind-body connection and nurturing our physical, mental, emotional and spiritual needs. Here are some key points from Stronter’s article:

How to Think Your Way to Better Health

Some are calling it the next frontier in the field of health: mind-body medicine, which is the study of the interaction between the body and mind as it relates to health and disease.

In recent years, many extraordinary, well-researched studies have come out showing a very direct link between our emotions, beliefs and thoughts, and the health of our physical body, as well as measurable changes in our genetic code. In the past, this was referred to as the “placebo effect,” and was written off as a fluke power of the mind that had to be counted for in double-blind studies. However, this inherent mind-body connection is proving to be the elephant in the room that had been ignored for centuries—and is now the latest frontier in modern medicine, shaking up old models of disease theory and showing us that health is far more complex than previously thought. While eating a healthy diet is still important, our health is far more dependent on our state of mental and emotional well-being than previously thought. 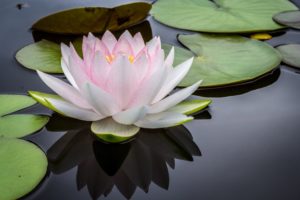 If you’ve ever practiced mindfulness or meditation for any length of time, the results were not altogether surprising: every single one of the study participants’ DNA demonstrated significant, measurable changes in the genes that researchers had identified as being responsible for, or related to, metabolism, aging, insulin response, and relaxation, among many others. The observed changes were found to be clearly indicative of a majorly reduced stress response and activation of telomere maintenance genes, meaning that the mantra, meditation and mindfulness practices actually caused observable, measurable changes in the body that ultimately led to alteration and repair of DNA. In essence, changes in the mental state of the participants produced very real and measurable changes in their physical bodies, all the way down to the genetic level. Clearly, something is going on here.

These findings also lend a research-backed explanation to the miraculous experiences of Dina Proctor, who developed a simple but extraordinarily powerful visualization and meditation technique, based on the work of pioneering cell biologist and mind-body medicine researcher Dr. Bruce Lipton, that was able to create significant, measurable changes in her biochemistry and blood work over the course of just a few short weeks.

*We’d love to hear from you!  CONTACT US to discuss your health and wellness goals.